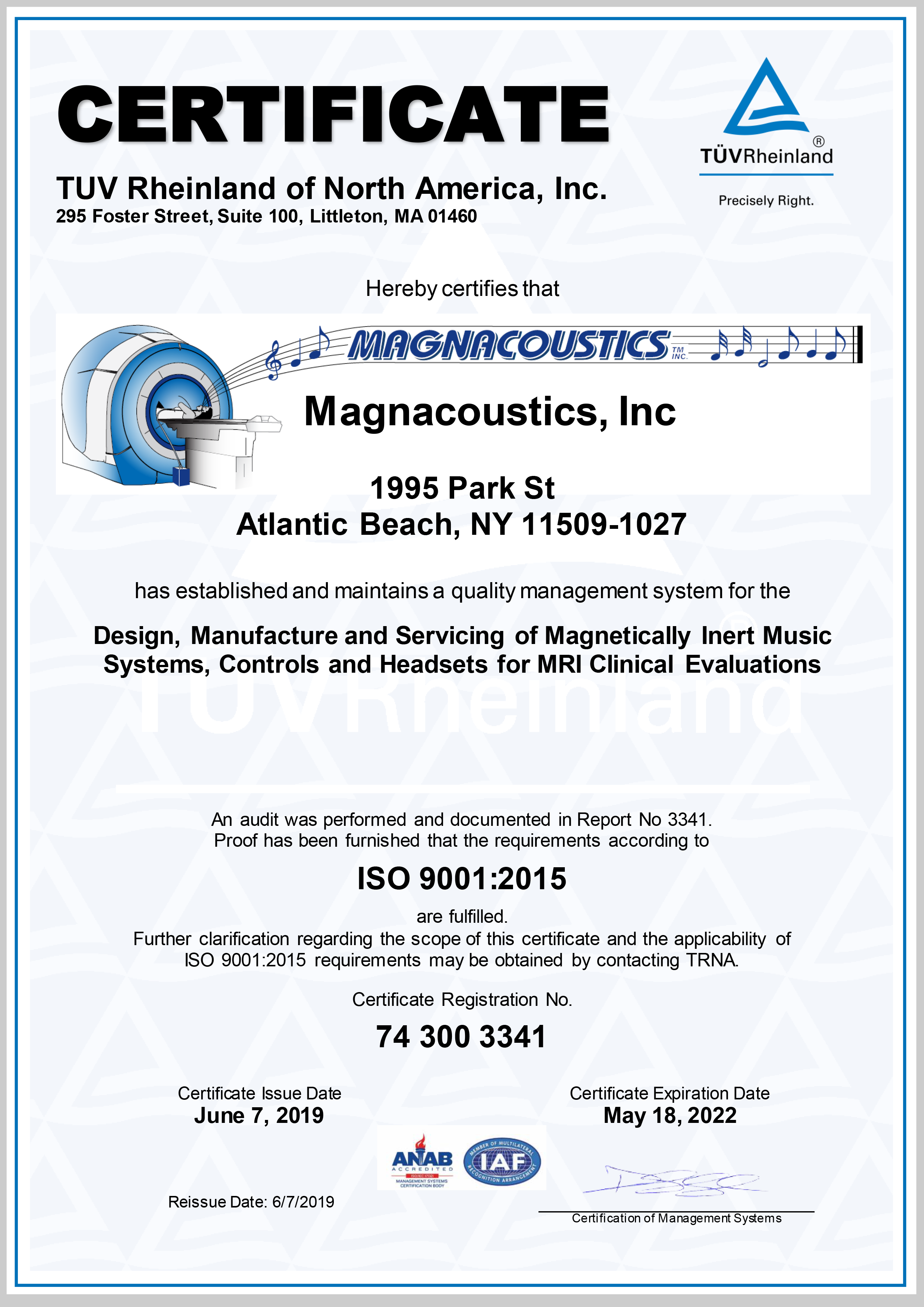 Most of the Magnacoustics core products are UL certified. UL stands for Underwriter Laboratories, a third-party certification company that’s been around for over a century. UL was founded in 1894 in Chicago. They certify products with the aim to make the world a safer place for both workers and consumers. Besides testing, they set industry standards to follow when innovating new products.

In a nutshell, UL is a safety organization that sets industry-wide standards on new products. They continually check these products to ensure they’re up to these standards. UL testing makes sure that wire sizes are correct, or devices can handle the amount of current they claim to be able to. They also ensure that products are constructed correctly for the highest safety.

As of now Magnacoustics is self-certifying some of its products to meet the CE regulations. CE stands for Conformité Européenne, which is French for “European Conformity.” A product in one of the controlled product categories cannot legally be sold in the EU unless it has passed the tests to receive the CE marking.

The Restriction of Hazardous Substances Directive 2002/95/EC, short for Directive on the restriction of the use of certain hazardous substances in electrical and electronic equipment, was adopted in February 2003 by the European Union.

Registration, Evaluation, Authorisation and Restriction of Chemicals is a European Union regulation dating from 18 December 2006. REACH addresses the production and use of chemical substances, and their potential impacts on both human health and the environment.

In 1986, California voters approved an initiative to address their growing concerns about exposure to toxic chemicals. That initiative became the Safe Drinking Water and Toxic Enforcement Act of 1986, better known by its original name of Proposition 65. Proposition 65 requires the State to publish a list of chemicals known to cause cancer or birth defects or other reproductive harm. This list, which must be updated at least once a year, has grown to include approximately 800 chemicals since it was first published in 1987.

Conflict resources are natural resources extracted in a conflict zone and sold to perpetuate the fighting. There is both statistical and anecdotal evidence that belligerent accessibility to precious commodities can prolong conflicts (a “resource curse”). The most prominent contemporary example has been the eastern provinces of the Democratic Republic of the Congo (DRC), where various armies, rebel groups, and outside actors have profited from mining while contributing to violence and exploitation during wars in the region.

The four most commonly mined conflict minerals (known as 3TGs, from their initials)are cassiterite (for tin), wolframite (for tungsten), coltan (for tantalum), and gold ore, which are extracted from the eastern Congo, and passed through a variety of intermediaries before being purchased. These minerals are essential in the manufacture of a variety of devices, including consumer electronics such as mobile phones, laptops, and MP3 players.